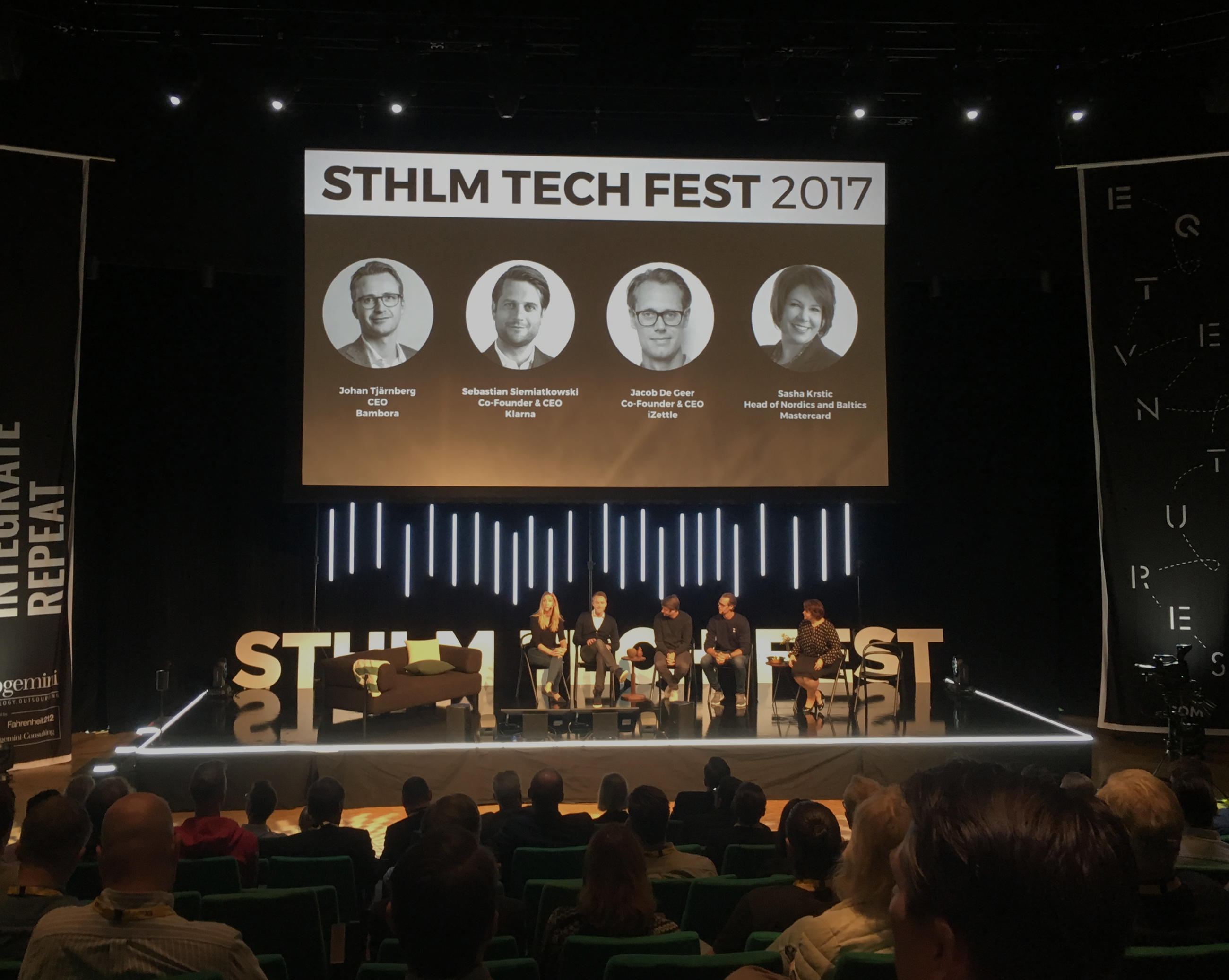 With a limited home market, Swedish startups are often faster to enter new markets than businesses elsewhere. So how do Nordic entrepreneurs think about the chances and challenges of going international?

To find out, payments company Stripe conducted research, which it unveiled on a panel at this week’s STHLM Tech Fest in Stockholm. Trustly’s Chief Legal Officer Sara Berg was joined on stage by others from venture capital firm Northzone, healthcare startup KRY, consulting firm Capgemini and trade organization Business Sweden to discuss their strategies for expansion.

Expanding internationally is “critical” for survival

This is especially true at Trustly, said Trustly’s Sara Berg. Given that we offer cross-border payments in Europe, it was in our DNA from launch to operate internationally. In 2015, we expanded into 21 new markets, bringing our offering to 29 European markets, and with a recent investment from Nordic Capital, we will look closely at new markets beyond Europe.

This strategy falls in line with most other Swedish startups, which tent to look to the rest of the continent first for international growth; 51% focus on expanding to the EU and 44% to the UK. Other countries of interest to Swedish startups include the US (43%), China (27%) and India (21%), according to Stripe’s survey. 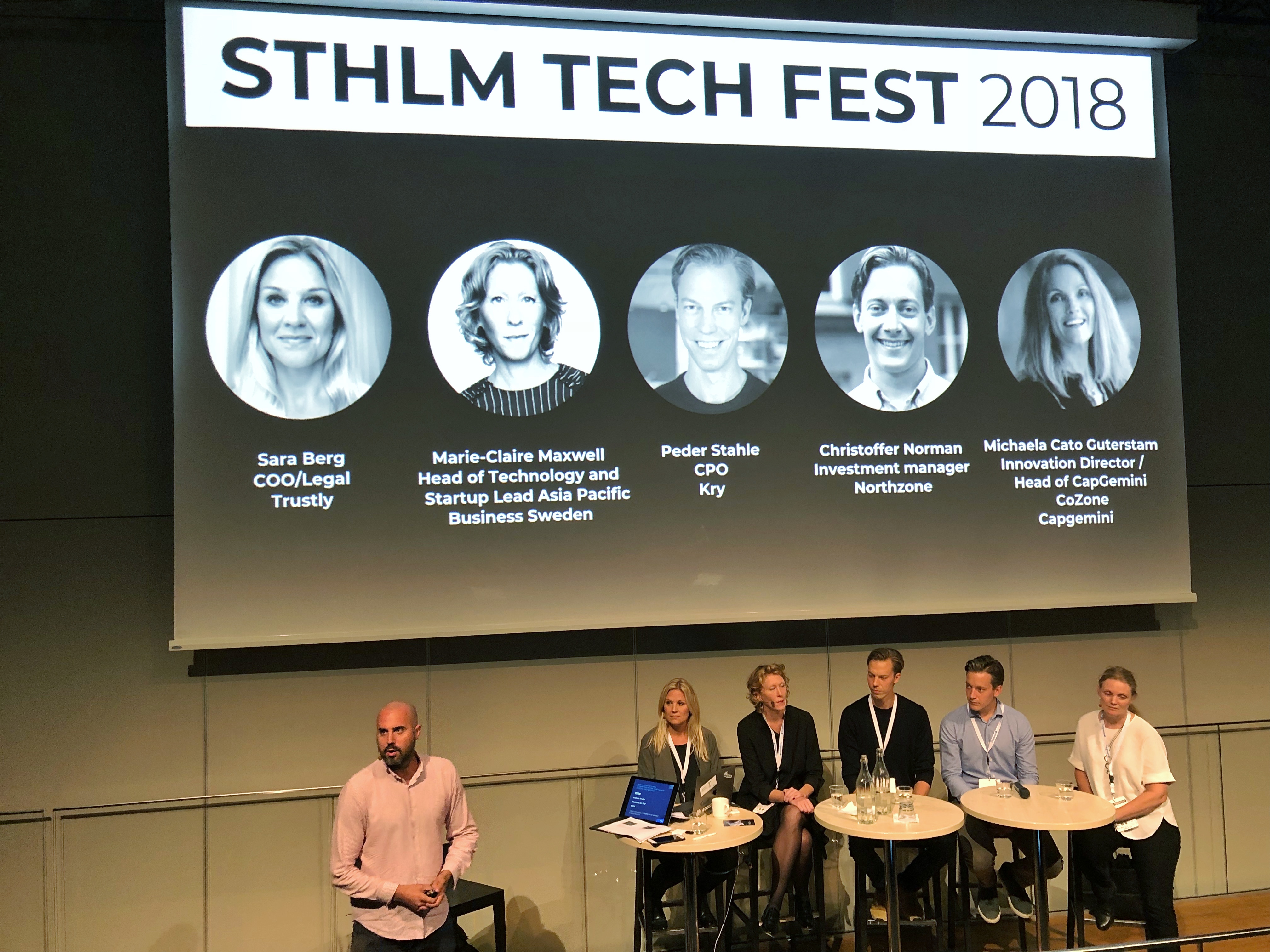 But how are things changing? 59% of startups say it’s easier to be international today than it was 5 years ago, mainly because of new technologies and tools (77%), overall growth of the online economy (51%), changes in consumer behavior (43%) and better availability of funding (26%).

However, new technologies and tools aren’t always available, as Capgemini’s Christoffer Norman discovered while working in Russia. After the US government banned US companies from working with companies in Crimea following some political upheaval, Norman’s Crimea-based support team learned that they would no longer be able to use customer support software Zendesk. He quickly relocated the team to Moscow, where they set up temporary operations in hotel rooms. Still, expanding internationally is “easier by a magnitude of 10x” than it was previously, said Norman.

Not all markets are equal, though. While many in Sweden take for granted the proliferation of smartphones and 4G, it’s still very different elsewhere in the world, even in other parts of Europe, KRY’s CPO Peder Stahle explained. “For KRY, it’s crucial to have an internet connection to use the service, so we need to look at markets with mature connectivity and modern smartphones.”

There are still some obstacles that make going international difficult, accordingly to Stripe’s survey, mainly regulation and taxes (70%), localization (27%), access to talent (23%) and collecting international payments (20%).

Moderator Erik Olofsson pointed out that it’s pretty depressing to see regulation posing such an obstacle for startups, but Trustly’s CLO Sara Berg chimed in to remind the audience that regulation serves a necessary purpose in protecting the safety and privacy of consumers. “A lot of companies are acting in line with these regulations without even being a regulated company because it’s come to be what consumers expect,” she said.

For KRY, regulation is indeed the biggest challenge. “In healthcare, this is not going away and each market is very, very different,” explained Stahle.

However, there is opportunity to influence regulation, the panelists pointed out. For example, Trustly’s CEO Oscar Berglund has spent time lobbying in Brussels and was elected Co-Chair of the European API Evaluation Group, which has been set up to evaluate PSD2 APIs and make recommendations to national supervisory authorities. It’s key for government regulators and startups to work together and have an open dialogue in order to establish legislature that benefits everyone.

The power of payments

The report goes on to highlight that startups shouldn’t underestimate the power of payments. The most popular international payment methods are cards, invoicing and bank transfers, and 76% of startups say that offering the right payment method is an important — or even business-critical — factor when going into new markets.

Interested in learning more about how Trustly’s payment products can help you grow your business across Europe? Visit trustly.com/merchant.

From gadgets to groceries, you can buy nearly everything you could want online these days. As a result, e-commerce in Europe is thriving, with orders increasing 9.4% over the past year, according to Postnord.

Online payments for retailers: From obstacle to opportunity

It’s a familiar story: Online retailers invest massive resources to lure shoppers to their site and streamline the shopper experience, only to have roughly 7 in 10 of them jump ship when they get to the checkout.