If the first decade of the new millennium brought the bank account into the digital age, the 2010s have made it all about speed, convenience and security.

Today’s bank account is a far cry from the storage rooms of Bronze Age Mesopotamia. You can carry it in your pocket wherever you go. You can transfer money to anyone and pay bills almost instantly. Paying for goods and services with a swipe of a finger (online and off) is also an option.

But while accessing your money has never been easier, there are new challenges afoot. Chief among them is how to balance our growing taste for instant gratification with the need to keep sensitive personal information secure in a connected world.

Mobile payments are no longer the preserve of early adopters. Peer-to-peer payment apps like Venmo and Swish are taking hold due to their convenience, while traditional notes and coins are falling by the wayside.

This is most apparent in Sweden, where cash payments made up just 2% of all transactions in 2015. But people are going cashless elsewhere, too: the United Nations Conference on Trade and Development expects mobile wallets to become the leading payment method globally by 2019.

Mobile wallets usually require you to connect a card or your bank account before you can use them. So as they continue to go mainstream, the bank account will inevitably take centre stage both as a means of payment and as a money management tool. The EU also acknowledged the bank account’s increasingly crucial role in our financial lives when it introduced the right to a basic bank account in 2014. Still today, it continues to push for greater financial inclusion across Europe.

The war on friction

Our desire for convenience and the breadth of choice created by the e-commerce boom has empowered us as consumers. It’s now perfectly normal to abandon a purchase if required to create an account or navigate through a lengthy checkout process. 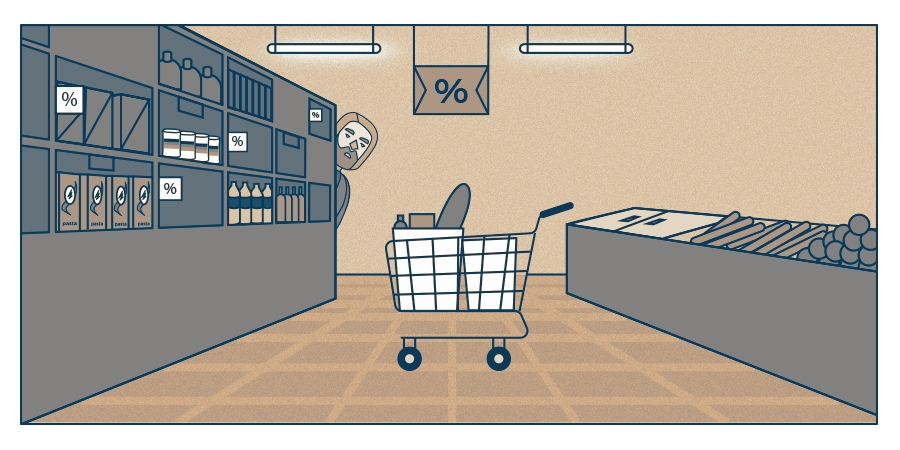 In response, merchants are trying to make payment as effortless as possible. Amazon’s 1-click ordering and Uber’s invisible payments are prime examples. Once you enter your details, you don’t have to think about payment ever again.

These models have also split over into banking. While applying for a bank account or loan online is fairly common, the process often still involves a slow and annoying offline element. “Challengers” such as Revolut and TransferWise have pioneered the use of big data, facial recognition technology and video interviews to confirm new sign-up identities, allowing them to have their accounts up and running in minutes. In time, traditional banks will also have to adapt to this new, faster reality.

How may I help you? — artificial intelligence (AI), chatbots and intelligent customer service

Big data is also being used to provide faster, more efficient customer service and personalized financial advice. Here again, Sweden is leading the way. Nordea Bank’s Nova and Swedbank’s Nina can already handle routine tasks such as checking your account balance. Eventually, the plan is for these chatbots and virtual assistants to take on more complex duties, including offering tailored investment advice and helping you make smarter financial decisions based on your history.

Fingerprints, retinas and smiles: the payment security of the future

Of course, as much as we value speed and convenience, we also want to stay safe online. This is where truly exciting developments are happening.

Apple Pay has been using fingerprints to authorize payments since its launch in 2014, while Android Pay now uses iris scanners. Other companies like Behaviosec are experimenting with behavioural biometrics, which confirm your identity continuously and in real time based on things like the way you hold your phone or even your typing rhythm.

In the future, it may even be possible to pay straight from your bank account without needing to use a phone or other wearable device as an intermediary. In the Chinese city of Hangzhou, hungry patrons can pay for their KFC order simply by smiling at a camera. In the UK, a London Costcutter store is pioneering payment via a fingerprint scanner that links directly to your bank account.

Throughout its history, the bank account has undergone many radical changes. But the aim has always been the same: to make our financial lives as simple and convenient as possible.

As we head further into the 21st century, the bank account will continue to change and reinvent itself. Ideas that seem like science fiction today could well be the new normal in five to ten years. Mobile wallets and other wearable devices could become obsolete, and our bank accounts could sync directly to a fingerprint. Connected smart devices throughout our homes are on their way to detecting when we’re running low on everyday essentials, automatically placing an order and delivering them to our doorstep.

However, while continual technological evolution could mean that the concept of payment as we know it will gradually disintegrate, one thing is for sure: the bank account isn’t going anywhere.