The Evolution of the Bank Account – Part IV: The Digital Age

FinTech and the birth of the digital bank account

While the 2008 financial crisis brought the global banking system to its knees, it also proved to be an unexpected boon for the bank account.

Following the crisis, the EU enacted strong laws to make sure nothing similar would ever happen again. At the same time, public trust in the banking industry plummeted. And banks themselves became more cautious.

But as banks retreated and regrouped, technology continued to advance. Together with game-changing EU legislation, it created the ideal conditions for a new breed of bank — and bank account — to flourish.

Banking and the smartphone: a shift in expectations

In January 2007, Apple founder and then-CEO Steve Jobs unveiled a “revolutionary and magical” device, which we now know as the iPhone. In its first year, Apple sold more than 6 million iPhones, which was no mean feat, given that it was eye-wateringly expensive and only available in four countries at the time.

As smartphones slowly became the new normal, they fostered an expectation of immediacy. Not only could you do anything, anywhere, but you could do it at any time. Consequently, mobile started overtaking desktop as people’s preferred method of going online.

Unfortunately, once the financial crisis hit, many banks were too busy dealing with the fallout to make innovation a priority. This meant mobile banking apps and services remained largely unchanged during the first few post-crisis years.

Luckily, 2007 was also a watershed year for another reason: the first Payment Services Directive (PSD) became law in the EU.

Before the PSD, laws on money transfers and payments varied significantly from one country to another. The EU single market and the rise of ecommerce meant people were more mobile and more global, making the lack of cross-border payment options a huge issue.

The PSD changed everything by establishing the legal framework for a Single Euro Payments Area (SEPA). Cross-border payments were now governed by the same rules in all EU member states. It also created common rules for all companies that offered payment services, irrespective of whether they were banks or not.

As digitalization progressed, new services popped up that fell outside the scope of PSD. Thus the revised Payment Services Directive (PSD2), which will enter into force in January 2018, was created to level the playing field and increase safety and competition, ultimately benefiting consumers.

PSD2 also paved the way for innovative and low cost “payment initiation service providers,” which establish a payment link between the consumer and the online merchant via the consumer’s online banking module. In 2008, Swedish payment initiation service Trustly was founded to offer instant online banking payments across Europe and it has seen impressive growth due in large part to the opportunities afforded by PSD2.

The PSD and the smartphone created the right conditions for a new kind of banking. But it was the state of banks after the crisis that turned it all into the perfect storm. The banking system had faced public image problems before, but the situation had never been this bad.

People didn’t just distrust banks in 2008. They hated them. Of course, this was quite understandable. Thousands of people had lost their life savings or their homes, largely because of banks’ cavalier attitude towards risk. To add insult to injury, they had to pay to save those very banks from financial ruin. Meanwhile, senior bank executives got bonuses and jetted off to luxury resorts for a spot of R&R.

In this climate, customers were more willing to give emerging banking alternatives a try. In turn, many companies used anti-bank sentiment to their advantage, setting themselves apart by challenging the status quo.

Transparency and education became the cornerstones of these new companies’ marketing strategies. Some companies — such as Tink — even made it their whole business model, offering a service which let customers compare different banks’ interest rates and fees straight from a mobile app. This made people feel empowered and helped them regain a sense of control over their financial lives.

As “challengers” gained traction, new companies were faced with the problem of standing out in an increasingly competitive marketplace. Companies started looking at areas where they felt traditional banks failed customers and swooped in to fill that need. Many also specialized, focusing on only one aspect of banking such as current accounts, savings, lending or investing.

This development resulted in a new kind of banking experience. Your bank account was now tailored to your specific needs and circumstances. In fact, you could probably find a banking product that solved a problem you didn’t even know you had. Monese, for instance, is a bank account for people new to the UK. You can open it from your smartphone in less than five minutes. By contrast, traditional banks require proof of a UK address, which most newcomers don’t have. Another FinTech company, TransferWise, was founded to combat exorbitant wire transfer fees and now handles transfers between more than 50 countries at a fraction of what banks charge.

Banks and fintech: from competitors to allies

By the end of 2013, the world economy was bouncing back and banks had started to rehabilitate their image, allowing them to start focusing their resources on innovation.

Unfortunately, FinTech companies were now way ahead, which left banks with a lot of ground to cover. But FinTech companies also had a problem of their own: While they were more flexible and innovative, they had trouble achieving growth. Well, partnering up proved to be the solution. 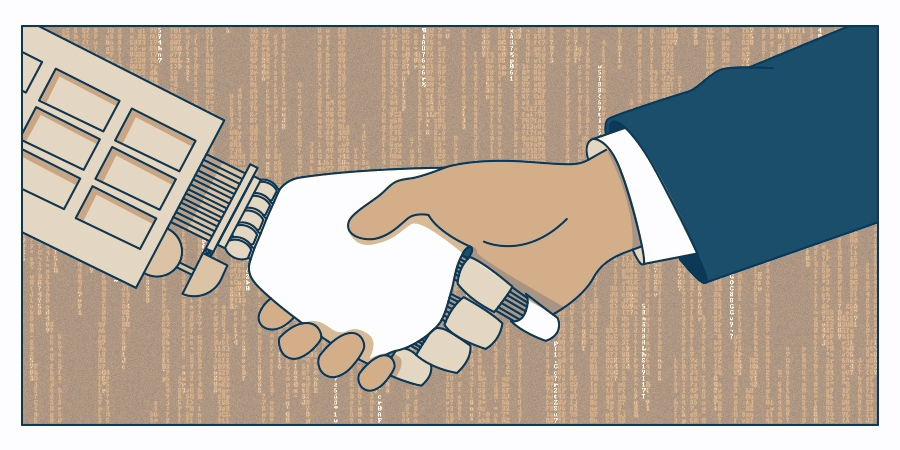 A case in point, Avanza Bank’s partnership with Trustly reduced the time it took for customers to top up their accounts from over four hours to less than 10 seconds, leading to a 7% increase in Avanza’s activation rate. Similarly, multi-currency payment provider Revolut’s partnership with Lloyds has allowed it to start offering its own specialized bank account without having to become a full-blown bank itself. Other banks, like Nordea, have started accelerator programs, which let them share their business and financial expertise with new startups while staying abreast of new innovations.

2016 and beyond: the bank account’s future

By the end of 2016, the bank account was far different from the storage rooms of the early days. It was now more relevant than ever; essentially a full-blown virtual wallet you could carry with you anywhere on your smartphone and use to make real-time transfers or pay for goods online.

But this is hardly the end of the line.

As mobile payments become more widespread, we’re increasingly moving towards a cashless society. This will make security and fraud prevention more important than ever. Companies like Behaviosec are leading the way here, using advanced biometrics and machine learning to provide enhanced security continuously in real time.

Elsewhere, advances in artificial intelligence and the rise of bots will make payments even faster and offer an unprecedented level of customer service. And access to better data will give us more control on our money, helping us spend, save and invest more intelligently.