The Evolution of the Bank Account – Part III: The Rise of the Internet and Online Banking

If the technological advances of the 1960s and 70s made the bank account more accessible, the personal computer (PC) and the subsequent rise of the internet took convenience to the next level.

Before the internet, banking involved visiting your local branch or, at the very least, a trip to the closest ATM. But once personal computers and internet connections became household fixtures, all that changed.

It soon became possible to manage your bank account and make transactions at any time of day from the comfort of your own home. And as the internet evolved and computers became more sophisticated, they brought about further changes that made the bank account even more central to our day-to-day lives.

The UK’s Nottingham Building Society is often credited as the first bank to offer online banking facilities in Europe. As early as 1983, the society’s customers could check their balance, pay bills, transfer money and even apply for a loan from home using a system called Homelink.

Unfortunately, Homelink only lasted about two years, mainly because it was too expensive to operate. However, it would become the blueprint for online banking as we know it today.

French banks had more luck with their first online banking prototype, called the Minitel. Launched in 1984, it became immensely popular across the country. When it finally went out of service in 2012, an estimated 600,000 Minitel units were still in use.

Banks and the internet: the early days

The first bank websites were essentially online brochures. They had product information, photos, contact numbers and branch maps, but they didn’t interact with customers. 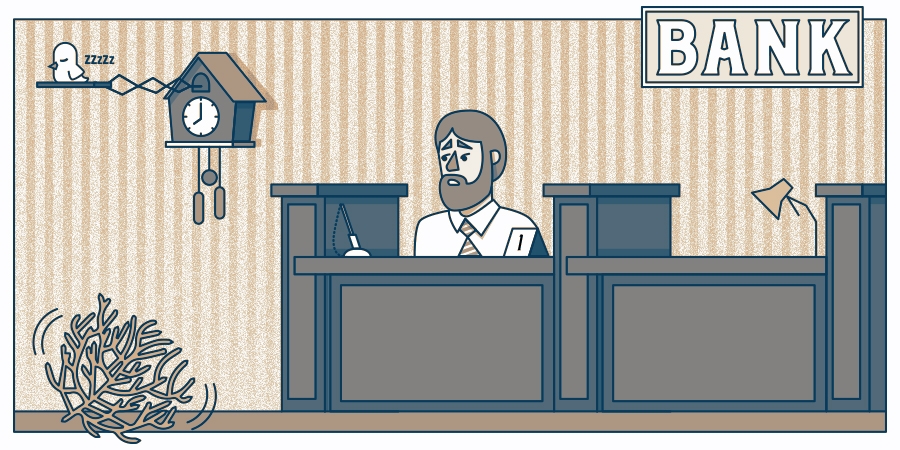 Soon, banks realized that going online meant less overhead and more profits, some of which could be passed onto consumers in the form of lower fees and better interest rates. Online banking also eliminated queues, drastically reduced waiting times and made it easier to deliver a more personalized customer experience. As a result, banks prioritized building an online presence.

By the mid-1990s, PCs and household internet connections were becoming widespread, and so was online banking. Nordic countries subsidized PCs and invested heavily in the internet, which is why the region has one of the world’s highest internet penetration rates today. Forward-thinking policies and the quality of the infrastructure also made Scandinavia a natural breeding ground for new financial technologies. 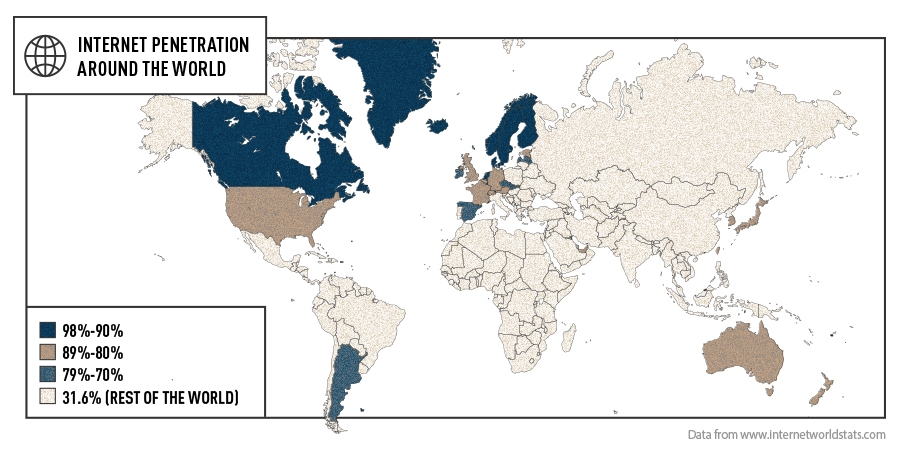 Despite its convenience, many customers approached online banking with caution. People were especially reluctant to make online payments, due in part to a perceived lack of security on the internet. Then, in 1995, Amazon opened its first online store.

Originally named Cadabra — until CEO Jeff Bezos changed the name after a lawyer misheard it as “Cadaver” — Amazon offered a much wider selection of products than traditional brick-and-mortar shops. And because it had a significantly lower overhead, prices were far cheaper. Its success encouraged many others to go online, including eBay, which opened its virtual doors in September 1995.

As e-commerce sites grew in popularity, so did online banking. Online shopping buoyed confidence in online payments, which in turn led to wider acceptance of online banking services both in Europe and the US.

eBay and the birth of online payment services

In the early days of online shopping, most people paid for their purchases with a credit or debit card. While this was the quickest and safest payment method available, it wasn’t always practical, and this was especially problematic for some eBay merchants.

Legend has it that eBay founder Peter Omidyar started the site to help his girlfriend, an avid Pez dispenser collector, reach out and network with other like-minded people. The website quickly grew into a marketplace for all sorts of vintage items, collectables and used goods. Since most of these traders were either individuals or very small businesses, accepting card payments wasn’t a viable option.

Luckily, in 1998, a company called Confinity launched a service that could handle online payments on merchants’ behalf. The service proved popular with online shoppers, too. Once you registered and connected your bank account, you could use Confinity to pay without having to input your card details. Confinity eventually merged with a company called X.com to become PayPal.

The internet went mobile in 1999 when the first cell phones with wireless application protocol (WAP) support came out. Banks started offering mobile banking services soon after. Unsurprisingly, one of the first banks in the world to offer mobile banking hailed from Scandinavia: Norwegian bank DnB.

The first mobile banking services relied on SMS alerts. By sending a request via text message, you could check your account balance, top up your cell phone credit or even pay bills on the go. SMS banking also improved online security by leaps and bounds. You could now receive one-time passwords or alerts flagging unusual account activity.

Mobile banking evolved in tandem with mobile devices. More sophisticated smartphones and better internet connections drove banks to improve their mobile services. Soon, you could use an app to locate the nearest ATM, transfer money or apply for other banking products. In short, you could carry your bank account in your pocket wherever you went.

The 2008 financial crisis: a new dawn

As technological innovation was rapidly modernizing the bank account, the banking industry itself was about to face its biggest crisis since 1929.

In September 2008, banking giant Lehman Brothers collapsed, leading to the largest bankruptcy filing in history. Several other huge international banks suffered crippling financial losses or filed for bankruptcy themselves. The ensuing financial crisis lead to unprecedented levels of government intervention both in Europe and the US.

How did rapid developments in mobile technology and the EU’s regulatory landscape help the bank account adapt to the challenges of the digital age? Read more in the fourth installment of this five-part series!

What do most payment professionals get wrong about Open Banking?

We quizzed payment professionals on the capabilities of different Open Banking Payment vendors. Here’s what we found out.

Closing the gap between expectation and experience, with online banking payments

Ecommerce merchants invest a huge amount in attracting customers, yet a poor checkout experience can cause significant fallout and cost merchants dearly. In fact, research shows that as many as 87% of online shoppers will abandon their carts during the checkout process if it is too long or too complicated.

This interview was first published in The Paypers´s Cross-Border Payments and Ecommerce Report 2020–2021, which assesses the change of pace that occurred in 2020 and provides a comprehensive overview of the major trends driving growth in this space, being the ultimate source of information for players interested in selling across borders.