The Evolution of the Bank Account – Part I: The Early Days

The first features: safety and convenience

Far from being the sophisticated products we know today, the first bank accounts were essentially storage rooms. As basic as they were, however, they had two features which are the cornerstones of banking to this day: safety and convenience.

The first known bank accounts originated in Mesopotamia around 1800 BC. Back then, people used to pay for goods by exchanging them with items of equal value in a process called bartering. But livestock, grain, precious metals, weapons and cloth — the main types of goods used in bartering — took up a lot of space. As bartering grew in popularity, people needed a structured, centralized place to store large quantities of these items safely. 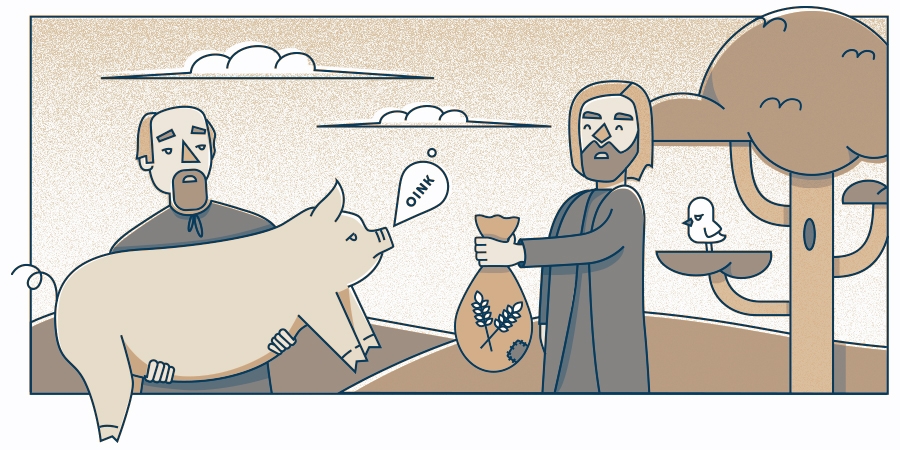 The temples were centrally located, and, as places of worship, they were constantly guarded. This made them well-suited for storing valuable goods. As a plus, most priests were literate, so they could keep written records of deposits and transactions. That`s when the first banks were born.

While we tend to think of mobile banking as a modern concept, it’s actually an Ancient Roman innovation.

As the Roman Empire expanded, travel and trade increased. Unfortunately, bartering only worked if both parties could offer something the other needed, and precious metals attracted unwanted attention from dangerous criminals. This led to the invention of money as an indirect way to trade.

However, money was only convenient up to a point. Roman coins were minted in gold and other precious metals, and they were quite heavy. It wasn’t unusual for a single coin to weigh 11 ounces (0.3 kg) or more — almost as heavy as a can of soup. There still was a limit to how much of it you could transport conveniently and safely.

Therefore, in 352 BC, the Ancient Romans invented checks. These enabled people to withdraw a sum against their bank account, which they could then cash elsewhere. Banking also moved into dedicated buildings, creating the first institutional banks.

Despite the Ancient Romans’ innovations, bank accounts didn’t really catch on in Europe until the Middle Ages, when Jewish merchants fleeing Spanish persecution settled in the wealthy Italian cities of Florence, Genoa and Venice. Jews weren’t allowed to own land, so they set up benches in piazzas and traded crops. They could also loan money, which Christians were forbidden to do.

Italy soon became the heart of international trade. Nevertheless, in those days, travelling was still a dangerous undertaking. Bands of outlaws often targeted merchants carrying large quantities of coins and other valuables, which led to the development of a paper-based method of transferring large amounts of money called bills of exchange.

Thanks to the success of Italian banks, banking soon spread to other countries on the continent and, eventually, to the colonies in the New World. But because banks’ main focus was facilitating trade, bank accounts became primarily a luxury and only rich people had this privilege.

This all changed in 1810, when Rev. Henry Duncan established the Savings & Friendly Society in Scotland.

At the time, most working-class people lived in appalling poverty. They also lacked the means — and knowledge — to take control of their financial futures. Rev. Duncan aimed to change this by encouraging the poorest members of his congregation to save money. And so, the savings account became what it is today.

The savings account was a resounding success. Within five years, it had spread all across the Western world, first to the rest of the UK and continental Europe and then to America. However, one group remained underserved: women.

While women earned the right to open a bank account independently in the 1800s, banks were still perceived as the masculine environment. For this reason, most women didn’t trust banks, instead, they hid their money in their stockings. In fact, it’s estimated that San Francisco women carried around USD 2 million tucked into their stockings on any given day. So, in the early 1900s, in order to attract more female clients, US banks opened stocking rooms, where women could retire to remove their hidden money in privacy.