Why your e-commerce fraud prevention strategy should be localized

Whether shopping in store, on desktop or on mobile, to a consumer, it’s simply shopping. No matter the channel, shoppers have come to expect the same standards of service and convenience.

When it comes to payment, however, things are getting increasingly tricky. Online fraud is running rampant, estimated to be a $30 billion industry. But as merchants step up their authentication and fraud prevention measures, it adds friction to the consumer experience.

In a session at Money2020 Europe titled “New approaches in fraud detection and prevention in commerce,” industry experts weighed in on their tactics for identifying and combatting fraud.

So how can companies work to prevent fraud? Given that data is the most valuable asset for most companies, Cristina Soviany, CEO of fraud detection company Features Analytics, urged companies to use machine learning technology to analyze large datasets and detect fraud based on hidden patterns. And while the European Union takes measures to fight fraud on a continental level, moderator John Doran of investment company TCV wondered aloud whether there are cultural differences in terms of how to prevent fraud.

Bas Winkel, Sr. Director Financial Operations and Performance Management of bol.com, pointed to his Dutch marketplace as an example of how to tackle fraud culturally. In the Netherlands, consumers tend not to have credit cards and largely use iDEAL to pay directly through their banks, he said. As such, much of the fraud that does occur stems from “payment after delivery” methods. You could set limits on the more risky payment methods, or remove them altogether, but that ultimately hurts consumers. “It’s about finding the balance between conversion and cost, but also reducing the number of false positives in your detecting algorithm. You want to have such a smart method of tracing fraudsters that you don’t impact your regular, goodwilling customers,” explained Winkel. 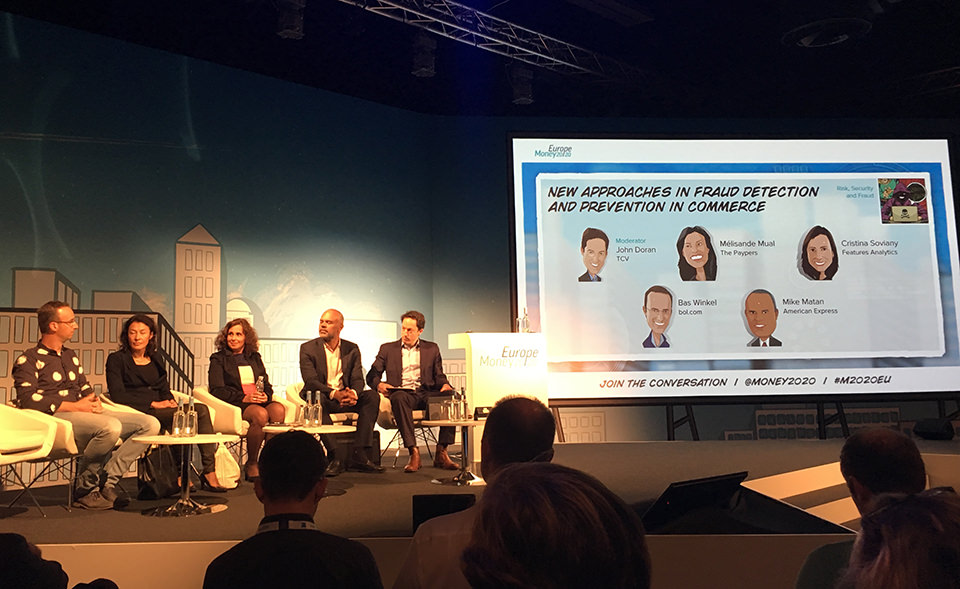 In the UK, on the other hand, the market is dominated by credit cards, which tend to have a higher risk of fraud. Credit cards companies have tried to combat this by implementing 3D Secure for additional security. However, Winkel said that because the number of credit card transactions in the Netherlands is so low, when bol.com first implemented 3D Secure, the conversion loss due to increased customer friction was actually higher than the amount lost on credit card fraud. The panelists agreed that it’s important to understand the payment preferences of target markets and manage fraud prevention accordingly.

Mual predicted that we may see mobile customers’ preference shift towards online banking methods like iDeal or Trustly and other alternative payments because they are safer and have less friction than credit cards.

Ultimately, it all comes down to consumer trust. In fact, nearly 40% of customers have abandoned online purchases over fraud fears, according to insights from American Express’ recent 2017 Digital Payments Survey. Mike Matan, Vice President of Industry Engagement at American Express, explained that for merchants this equals a lot of sales left on the table. Interestingly, 58% of merchants who experienced an increase in online sales said that enhanced security features played a significant role, according to the same study.

In conclusion, the panelists agreed that in order to combat fraud, companies that once considered each other competitors will need to work together to share data and develop new tools to stay ahead of the fast-moving fraudsters. After all, if we do not fix the financial crime issues, it won’t just be a single brand that’s damaged; it’ll be the entire electronic payments brand.